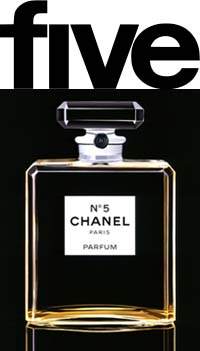 Last week when I was filing away some trade magazines into the shelves in the Stirling Media Research Institute, an odd job kindly offered by the department office, I spotted an complimentary book entitled The End of the Question Mark. It's just a wee pocket book containing some tough questions which I suppose are usually asked in quiz shows or pub quiz nights. I skimmed through the pages and was caught by a particular item: What was the first advert on channel 5?

Channel 5, or simply five as per its logo, is the British fifth and presumably final national terrestrial TV channel. The other four are BBC One, BBC Two, ITV and Channel 4. Therefore, in Britain, if you do not subscribe to Sky TV or any other kind of digital TV, you can watch only five analogue terrestrial channels. Interestingly, while the other four channels can be received in Ireland, Channel 5 is the only British terrestrial channel without any availability there.

Channel 5 was launched at 6 pm on Easter Sunday 30 March 1997 with the performance of a cover of Manfred Mann's 60s hit '5-4-3-2-1' by Spice Girl. Like ITV and Channel 4, Channel 5 is also a commercial channel and thus there are always adverts. According to The End of the Question Mark, the first advertisement on Channel 5 was for the iconic perfume Chanel N°5. Very smart, isn't it? Chanel N°5 on Channel 5.

I have no idea nor can I locate which commercial film for Chanel N°5 was shown then on TV; however, I managed to find out a relatively new one featuring Nicole Kidman. Click here and have a look. No man could resist her charm.

She swung a $12m deal of filming a series of adverts for this best known fragrance in October 2003.
Posted by Wei at 22:32