Finally, we moved to the era of stereo 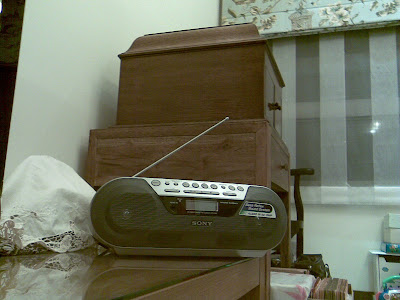 (A SONY CD radio cassette recorder in front of an HMV gramophone) The very first piece of audio equipment we have bought since we moved to the condo we currently live in October 2009 is a SONY Bravia TV. Apart from this and the DVD drive in my laptop, there wasn't any other sound-producing apparatus in our home until September 2010 when I bought an HMV 101, a vintage portable hand-cranked gramophone. The third piece is another spring-wound device, an HMV 103 I bought in November 2010. I suppose that music professors always have great, if not high-end, stereo or audio-visual systems. Nevertheless, I don't, probably because I'm just an adjunct one. I always tell my son that he who intends to listen to music, except watching TV or using a computer, must wind up the spring so that a sound retrieval system can work. No pains, no gains; no labour, no music. However, my words are no longer justifiable, as my wife bought a Sony CFDS05 CD Radio Cassette Recorder Boombox. We're now in the era of electric powered players. The boombox was inaugurated by having the honour of playing my favourite album El Agua de la Alhambra, the music delivered in the so-called LDR suite where my son was born. We have now an alternative, in addition to the gramophones, to play some music at home.
Posted by Wei at 23:52 No comments: 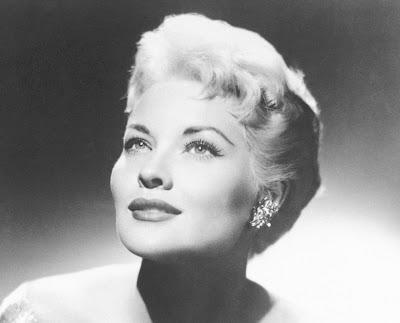 (Image quoted from Associate Press) Patti Page, one of the best-known pop artists in the 1950s, died on the New Year's day at the age of 85. She was one of the very few non-rock-oriented pop singers who could continue releasing great hits and maintain a successful career well into the mid 1960s after rock came to the fore in the recording industry in the mid 1950s. I came to know Patti Page through Yao Lee (姚莉), the singer who in 1941 made the first recording of 'Rose, Rose, I Love You' (玫瑰玫瑰我愛你), the original Mandarin version of Frankie Laine's 1951 hit of the same title. Being a fan of Patti Page, Yao Lee covered several Page's works such as 'Tennessee Waltz' (愛似浮雲), 'Changing Partners' (舞伴淚影), 'You Belong To Me' (鳳仙花開) and 'I Went To Your Wedding'. It is through these Mandarin songs that I learnt who Patti Page is and by these that I was led to the Page's English versions. Thank you Miss Patti Page for bringing us so many unforgettable tunes with your gossamer-gentle voice. May you rest in peace.
Posted by Wei at 09:34 No comments: 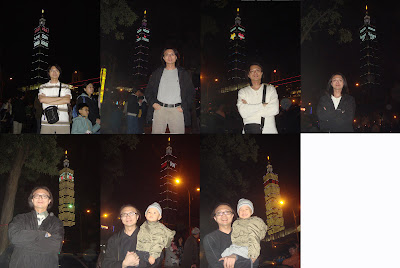 The Chinese New Year of the Snake falls on the 10th of February in 2013.  Before welcoming the Snake, I just feel obliged again to usher in the Gregorian New Year with other revellers on streets.

For the seventh time in a row since the year end 2006, I went to the Taipei 101 fireworks show again last night, with my wife and my 2-year-old son, who is going to be 3 in March 2013.  I insist on maintaining the ritual of counting down to New Year at the same spot and then taking a photo thereafter.

It probably has something to do with obsession, just as what I explained in another entry posted several years ago on this weblog: a mental disorder characterised by a general psychological inflexibility, a chronic preoccupation with rules, procedures, perfectionism and excessive orderliness.

Although the growth of new social networking websites probably may have made this weblog somewhat redundant, and I have not posted anything here for the past seven months due to the heavy academic workload, I will keep being obsessed about taking the New Year photo and announcing it here.
Posted by Wei at 19:31 No comments: