Never take from me your laughter 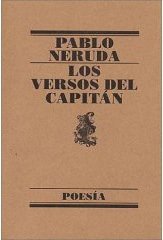 Pablo Neruda is one of my favourite poets, because of whom I started learning Spanish several years ago. As a beginner, I always remember that he always used simple words and simple sentence structures while depicting vivid scenes and profound passion and love. Here is the first verse of his Tu Risa, a poem included in his Los Versos Del Capitán:

The English translation is:

Take from me bread, if you want,
take away from me the air, but
do not take from me your laughter.

Three lines composed of a few words and an uncomplicated sentence, simple enough for a beginner to grasp the verbal meaning, deliver the very idea that without his lover's laughter, life does not go anywhere.

There are actually six verses in this poem. Although in comparison to the succinct opening verse and the middle four, the last is relatively long, the effect is the final release of the tension building up through the incessant pulsation of the rhythm of words packed in one sentence.

Neruda emphasises again and again that how essential his lover's laughter is to his life; he would give away everything in return for the trace of happiness in her face.

My fiancée Fanne is always in an incurably optimistic mood, as opposed to my irremediable pessimistic personality, and laughs all the time. I may not be as lucky as Pablo Neruda who shared a mutual passion for love and lover's quarrels with his wife Matilde Urutia, for I had carried a torch for her for two years before I won her heart eleven years ago, but I do cherish the smile in her face which I suppose is always there even when a torrent of irate words spit out of her lips.

Although we quarrel with each other every so often over nonsensical trivia daily life, I do believe we live a happy life, just like how they had lived even when exiled to an Italian island of Capri in the Mediterranean, as shown in the film Il Positno. 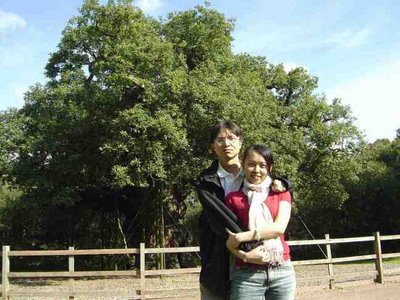