Lenin on an advertising banner

When I was surfing the Internet last night, I came across an interesting advertising banner with this animated portrait of Lenin and some Russian words.

Lenin's icon does draw my attention; however, as nowadays it's not a tough task to manipulate the image of deceased political figures with the aid of software for image editing or graphic design, what piques my curiosity is the message in this banner.

Although I studied Russian long time ago at a very basic level, there are still a couple of words I can't read. Wondering what the hell Lenin is promoting, I found out my dog-eared Random House Webster's Pocket Russian Dictionary and started decoding the Russian message.

There we go! It's an ad for a telecommunication company, which uses VoIP (Voice over Internet Protocol) technology to provide service, and the flashing Russian words read:

COMRADE! DO NOT YAWN!
CONNECT RUSSIAN TELEPHONE NUMBER IN THE USA
AND SPEAK DIRECTLY

The decoding process reminds me of how I started learning this Slavic language.

In Spring 1990 when I was in the third year of junior school, I told my father and uncles, 'I shall start learning Russian, because I can see the dissolution of the Soviet Union in the near future, so that one day when I visit Moscow Kremlin I can talk to Russian people in Russian.'

Although one of the world's two superpowers during the Cold War did collapse in December 1991, no one believe my prophecy, and people always dismissed me with a sneering remark, 'So you become a political analyst now.'

Anyway, despite those jeers, I managed to buy myself Russian In Three Months (Hugo's Language Course, 1988 edition) and began a self-taught programme.

In early 1991, several months before the Supreme Soviet, the highest governmental body of the Soviet Union, recognised the collapse of the Soviet Union and dissolved itself, I happened to hear a programme called Russkiy yizyk pa radio ('Russian Language On Radio') on my shortwave radio (Sony ICF-SW 22). Excited about this, I wrote a reception report to the then Radio Moscow (the predecessor of Voice of Russia) and requested for a copy of the textbook for 'Russian Language On Radio', if there was any. In fact, I didn't even know their address (I simply put 'Radio Moscow, USSR' on the envelope), nor was I sure if it would ever reach them. 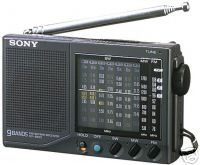 Three months later, to my amazement, they eventually sent me a parcel containing three textbooks, some postcards and a pennant featuring the logo of the station. While the postcards and the pennant have long gone missing since time immemorial, those three textbooks, made of newsprint with poor print quality, which accompanied me for quite some time when I was away from my hometown Keelung studying in senior high school in Taichung, are still on my bookshelf in Taiwan.

Learning languages is just a matter of incessant practice. When I realised it was no easy task to find someone to practice with in early 1993, my self-taught programme was suspended and have remained in hibernation ever since. Nevertheless, I did have a good time struggling through those Cyrillic letters and tongue-twisting palatal sounds.