A bottle of Scotch from Port Customs Bar

Most of the time, if not always, I'm sort of the old school, conservative, reserved, almost taciturn. I prefer traditional British pubs to refurbished modern pubs or clubs which are always filled up with head-banging music.

In a traditional pub, people are more friendly, approachable and always more than happy to buy you a pint. Besides, barmen or barmaids always remember your name and favourite drink; sometimes before you actually order, a pint is ready for you.

In a traditional pub, you don't have to shout at each other against the ever bombarding loud music to make the conversation audible. Maybe some people just fancy something that would deafen them to visceral fears accumulated during working weekdays, but ear-splitting music is really not my cup of tea – I would rather eavesdrop on whatever chinwags going on at the next table or roars over a losing football match on flat-screen TV.

A traditional pub is also a classless institution, a cross between social club and a citizen's advice bureau, where all sorts of social distinctions or class gap never exist. You don't have to worry about if you attire is up to the dress code, which is nil in this venue, nor do you have to pay any attention to your accent and grammatical errors, as after having umpteen pints, no one would give proper language a damn.

However, the practice of drinking 'rounds' is probably a nightmare – you came in for a pint but end up drinking five, as well as coughing out more than a tenner. It is indeed more convenient to buy a round because only one has to leave the group to get some drinks instead of all queuing up and shoulder-rubbing in front of the bar, but if five chaps buy you drinks, you absolutely have to buy a round for all of them to successfully organise a piss-up.

This afternoon, I completed my weekend routine going to the Port Customs Bar. An old bloke named William promised me last week he could get me a bottle of Scotch for as less as ten quid. I kept my words and visited the bar; however, he said the bottle hasn't been delivered yet. 'Never mind', I replied. 'Until next time whenever you can manage it.'

Much to my amazement, while I was getting myself a pint, William went to Victoria Wine and bought me a bottle of Bell's. 'It's really not necessary', I shouted. 'I don't deserve it.' 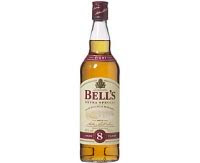 His daughter Vicky came to me, coming out with 'Come on, if William fetches you one, then you deserve it.'

Established in 1825 by Arthur Bell. Bells Scotch Whisky is a finely balanced malty, fruity and rich whisky from Blair Atholl, Scotland. Famed for its distinctively mellow character and uniquely complex taste, it's claimed that Bell's Scotch Whisky has earned its reputation as one of lifes truest indulgences.

It's Scottish: do what you promised.

Tonight, while I was having a sip of the eight-year-old blend, I thought of those neighbourly chums, who always greet me with a warm handshake and a pint. They might be simply passersby in my life, but they give me warm hugs without any cunning plans.