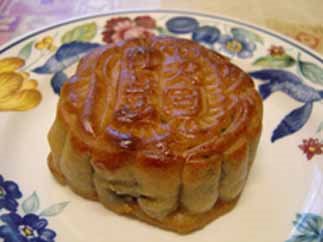 As the eighth month of the year is the second month of autumn according to the Chinese lunar calendar, the festival being named mid-autumn is self-evident. Nevertheless, when introducing this festival to my Western colleagues, I usually refer to it as harvest moon festival, since the 'mid-autumn' day usually falls around the autumn equinox and the full moon occurring nearest to this equinoctial point is called the harvest moon in the West.

The century-old tradition is a night-out on this particular day, certainly neither clubbing nor pub-crawling, but rather, admiring the fullest and brightest moon of the year. Moon cakes and pomelos are the main festive food.

Haven't got a clue what they are? Read this BBC news article to know more about moon cakes and this Wikipedia entry to study this citrus fruit.

Somehow, since the mid 1980s, barbecue has become a ritual of this festival in Taiwan. Some Taiwanese folklorists argue that having barbecues on the mid-autumn festival is just a westernised form of celebration, which reflects the thriving economy and uplifted living standard in Taiwan at that time.

Actually, not only in the Chinese but also some other Asian people celebrate this festival. For example, in Japan, the brightest moon on this day is known as chyûshyûnomeigetsu, literally 'the bright moon of mid-autumn', while the Koreans call it chuseok, which means 'autumn night'. 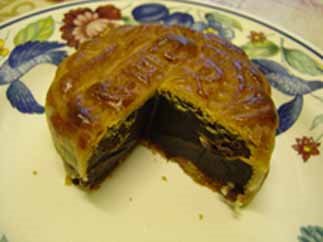 Another 'mid-autumn' in Scotland for me. Although I didn't have a barbecue, as I suppose it would be loopy to summon my colleagues to sort of harvest moon BBQ at a windy, chilling night in Scotland, I still managed to grab myelf from a Chinese supermarket some bloody expensive moon cakes, which are actually imported from Hong Kong. However, it's a pity that we don't have pomeloes in Scotland, nor is any shipped in.
Posted by Wei at 00:44