As often as not people ask me why my user ID for everything is always chen1923, and provided 1923 is a signifier, what the signified would be. Before making any cutting rejoinder, I would preach a tedious sermon.

It is a truth universally acknowledged that in the cybernetic era finding a unique user ID for yourself is no longer an easy task. As I'm quite convinced that user names such as szuwei, swchen or simply swc had all been reserved before I was born, I wouldn't even try to register myself as any of them. I gather chen1923 may be a good option as opposed to other combinations of my forename and surname.

As for the significance of 1923, I would say that while chen is self-evident and thus needs no further explanation, 1923 is sort of ticklish because 1923 is a momentous year in modern history. Although I'm not a history geek, some historic events of 1923 shall never be effaced from my mind. 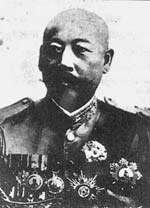 In China, Cao Kun (曹錕) acquired the presidency in 1923 by suborning members of parliament with 5,000 dollars each, bringing ignominy on the warlord Government (北洋政府) and its assembly, which lacked a quorum to even organise elections.

In the Soviet Union, Vladimir Lenin suffered his third stroke. Inarticulate and bedridden, he retired his position as Chairman of the Soviet government. In the States, Warren Gamaliel Harding, the 29th president, died from a stroke in office.

In 1923, the Greek opera diva, perhaps the best-known opera singer after WWII, Maria Callas was born in New York.

Also in 1923, Wilhelm Conrad Röntgen, a German physicist who induced and detected x-rays, an achievement with which he earned the first Nobel Prize in Physics in 1901, died in Munich.

Still in 1923, William Butler Yeats, an Anglo-Irish poet, was awarded the Nobel Prize in Literature for what the Nobel Committee acclaimed as 'his always inspired poetry, which in a highly artistic form gives expression to the spirit of a whole nation.'

Okey-dokey, there may be even more incidents in 1923; nevertheless, none of them has anything to do with my user ID. But why 1923?

After rendering an blooming lengthy account of 1923, I have to say (can't be any simpler): Szu-Wei Chen is my name, and s is the nineteenth letter of the alphabet and w the twenty-thrid; therefore 1923.
Posted by Wei at 07:01