Scottish rain reminds me of my childhood 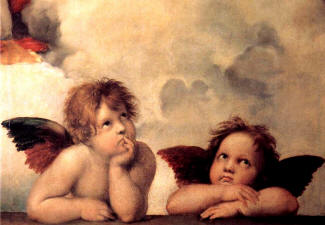 After a very long and unusually warm summer, Scotland is in Scottish weather again.

Those who don't mind a walk in the drizzle end up soaking in a downpour; those who are basking in the sun in short sleeves are smacked by the sudden falloff in temperature; those who insist that central gas heating should not be switched on until they put the clock one hour back give in to the cold.

Nevertheless, I'm absolutely fine with Scottish weather. I was born and have spent 22 years in Keelung, a harbour town half an hour away by car from Taipei, where it used to rain 280 days a year (By 'rain', I mean 'rain', not 'drizzle'). Interestingly, rain gradually disappeared in Keelung in the last 15 years, so much so that this town, which was once nicknamed Rain Harbour, has been badly affected by droughts for several times.

It is rumoured that the three colossal chimney of a power plant, which started operation in 1985, pumped the rain to a nearby town Sijhih. Since Keelung is no longer a harbour of rain, incessant rain in Scotland actually reminds me of my delightful yet freakish childhood in Rain Harbour.

Probably because of the childhood dream of emancipating myself from its boundage, I don't bother to use a brolly, although I have two, a black ordinary one, which has been with me for at least ten years, and a shiny one featuring Raphael's Two Cherubim (part of the famous Sistine Madonna), which my Fiancée bought for me three years ago when she visited the Vatican but I've never used so far.

While I might give in and use my shaky black umbrella when it pours, I would never use the Cherubim one because reproduced images of their innocent looks on the canopy really imply a stupid question: why it rains so much and so unpredictably in Scotland.

Even though I am a cold weather person and wet days don't really distress me, as the days draw in and the mornings get darker in the British Isles, a downward trend in my coma score is certainly something that can be observed by any non-medical trained layman.
Posted by Wei at 22:00

So glad you enjoy the drizzle!
How I don't miss that!
All the best