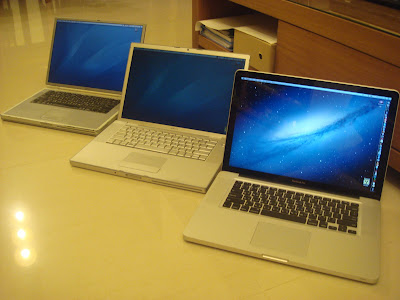 I've just received my new toy, an Apple laptop. I bought my first Apple laptop in summer 2002 when I moved to Scotland for my doctoral study. Five years later, I acquired the second one in summer 2007 after my wife and I had some champagne to celebrate my graduation and shared this with the first one. More than five years later, I picked up the third one in early spring 2013 when I felt that I wanted a third one. 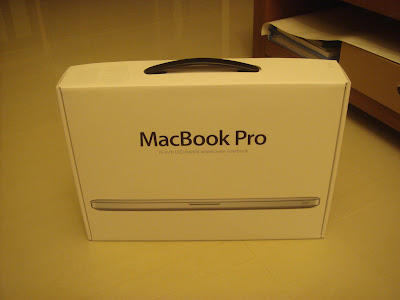 (The external package is always elegant! )

Rather than visiting a physical Apple shop, I called 0800 to place an order and customised my MacBook Pro by replacing the standard 750GB SATA hard drive with the 256GB solid state drive and upgrade the standard widescreen display to the hi-resolution one.

I didn't opt for the latest model with a Retina display. Although it's thinner and lighter, it comes without a built-in DVD drive and has no audio line-in port. I can't be bothered to use an external DVD drive and a USB audio interface.

It took me really much time to instal a range of applications and to adjust everything to what I have been used to. I actually would like to use the old OS X 10.4; however, this model has been built with the latest OS X 10.8 and can't be downgraded. Anyway, I'm still exploring this new laptop and hoping to discover more interesting functions.
Posted by Wei at 01:38