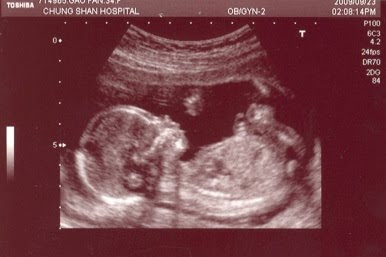 We have just had our third prenatal ultrasound examination. The foetus is growing well and Fanne is in good health. The baby is due in next early March.

Fanne has just bought a new flat and the home decorating project is almost finished. We'll move into the new flat in early October. So, in less than half a year's time, a new-born child will join the new home.

Sounds fabulous, isn't it? However, I'm not in the mood. What disillusionment! We were told today during the examination, it is he, not she. I thought I was going to have a daughter.

I think it'll take me at least a couple of months to recover from this.
Posted by Wei at 17:50