Irish Cream for the Seventh Night 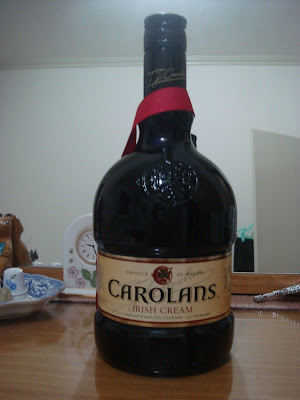 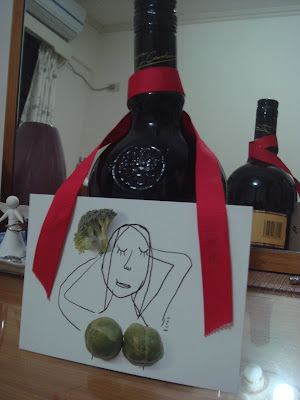 It was the 'Seventh Night' (七夕 qixi, the Chinese version of St. Valentine's Day) again, the day when the cowherd boy and the weaver girl are reunited once every year.

Whereas earlier this year on the real St. Valentine's Day, Fanne found on her dressing table a pack of Italian Slitti Gran Cacao 73%, two days ago on the Chinese version she discovered a bottle of Carolans Irish Cream and a card.

I used to be a bit reserved but now appear to have a penchant for making arrangements for special occasions. Marrying a woman who had been waiting for me four years in the historic Church of the Holy Rude, where James VI was crowned King of Scotland, obviously has certain impacts on me.

Last week, upon seeing a drinking scene in a film on TV, Fanne was reminded of the days when we stayed in a flat in Murray Place, Stirling. Although most of the time we preferred having a pint of ale or a wee dram of Scotch in the local, sometimes we would pick up a bottle of Baileys from the off-licence downstairs and enjoy ourselves in the flat against the high-pitched, nasal sounds of Shanghai oldies.

She had been fancying a shot of Baileys. I just knew it, and was thus determined to prepare a seventh-night surprise for her

Somehow, Baileys, the commercial Irish whiskey and cream based liqueur, sold out, if now everywhere in Taipei, at least in the street where I live. I had no alternative but switched to an unfamiliar brand, Carolans.

It's indeed 'A Many Splendid Thing' to see her gazing at the bottle of Irish Cream and the card featuring a broccoli, the token of our troth. (The two brussels sprouts just happened to be there. I couldn't find a card that had only broccoli.)

I truly hope that in the near future we can go back to Scotland and take a shot of Baileys while having a bowl of crunchy and sweet broccoli.
Posted by Wei at 14:39