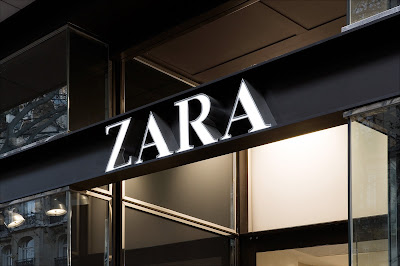 (Image cited from The Internationalist)

Zara, a Spanish clothing brand owned by the Inditex group, has confirmed that it will start its first Taiwanese store in November 2011. Taiwan's first Zara will be located in Taipei 101 Mall.

Good news. As this Spanish high street brand offers a range of affordable and fashionable clothing for both men and women, and kids as well, Fanne and I are very much looking forward to its launch day.

However, I'm peeved off and fed up with the endless wrong pronunciataion made by those news presenters on TV. Zara is a Spanish brand and its initial consonant sounds 'TH' as in 'THink' rather than 'Z' as in 'Zero'. It reads THara ([ˈθaɾa] in IPA).

In my opinion, jounralists and presenters should make sure names of foreign origins are uttered correctly becuase they bear the responsibility to educate the general public. While a man on the street may read a foreign name wrongly, I don't think a news presenter is allowed to do so.

Can you news reporters or anchors do some homework before going on air? Would you think it's proper to prononce 'J' in the Spanish name José the same way you do in 'Joke'?
Posted by Wei at 16:27