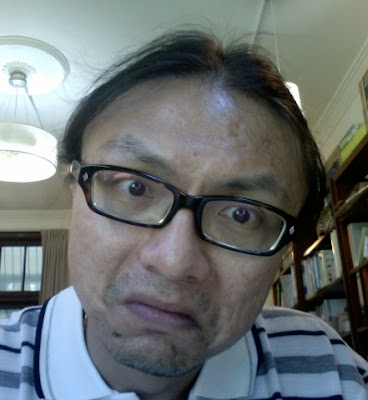 Time flies; it's September 2010, only two weeks away from the new semester. My schedule was so tight during summer break that I just cannot believe I have already had a two-month summer break.

I received an award for the course I offered in Autumn 2009, 'Musical Cultures Around the Globe', the same thing I had received in 2008—'distinguished general education course'.

I was also, probably because of the award, requested to offer the same course in the whole July in certain summer college, organised by my University in collaboration with other twelve universities in North Taiwan. Thus, apart from those from my University, there were some more external students to look after.

All hard work paid off. I received the best score in a course evaluation among all the courses offered at the end of the summer college, and was invited to deliver a speech on teaching skills and course planning to other teachers in a symposium in November.

Immediately after the summer course, I flew back with Fanne and Ronne to Britain for in early August Ronne's christening, and thereafter travelled to Korea in late August to present a paper in a conference for East Asian musics.

After all these summer tasks were completed, I was notified yesterday that the long-promised TWD 2 million grant was finally confirmed (what a bloody long procedure and thus a bloody long wait) and is coming in mid September. The long waiting times once made me so nervous and insecure that at one point I thought the grant had been nullified, when misreading an announcement of certain grant results and not able to spot the project title on the list.

Right, more money is coming and so is more pressure. Since it's an industry-academia collaboration project, we have to work closely with IT engineers and programmers of our industry partner, and at the same time I will be teaching two courses. Moreover, as the grant is for the employment of more research assistants (not funding towards my own salary!), I will be busy producing a lot of contract renewal paperwork near the year end.