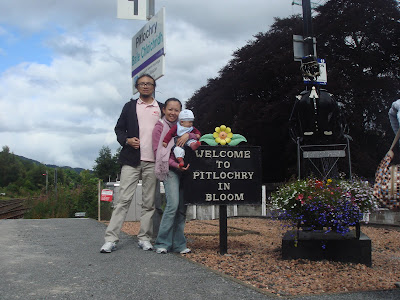 (Mum and Dad with the wee one, southbound platform, Pitlochry Railway Station, August 2010 ) 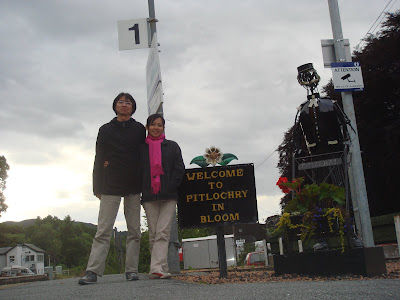 Three years after my wedding, I returned to Stirling with my wife and son, and had him baptised in Church of the Holy Rude.

A couple of days before the baptism, we managed to visit again Pitlochry, the town where we spent our honeymoon, and took several photos at the same spots where we had taken some during the honeymoon.

Do Mum and Dad look any different? 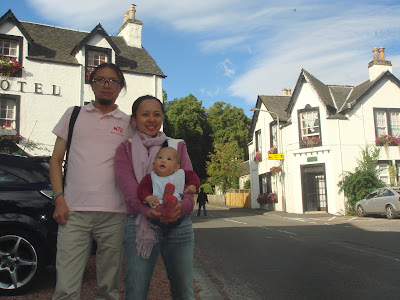 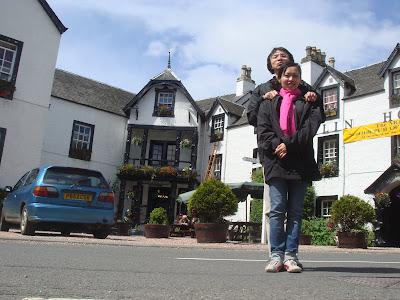