I didn't see the image of pipa in Pipa Images 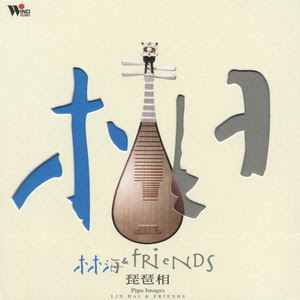 It appears to me that the producer/composer has affection for the distinct tone colour of the pipa, but somehow ignores the characteristic expressions that can only be conveyed through the idiomatic practices of the instrument. As a result, while to some foreigners who are not familiar with the Chinese pipa, this album may present a refreshing combination of musical possibilities, to me it is simply another nicely produced easy-listening album featuring the sound of the 'pipa'.

Watch this video clip of the renowned piece 'King Chu doffs his armour' (Bawang xie jia 霸王卸甲) to get a representative experience of the pipa's 'characteristic expressions'.

I'm not proposing that the producer should maintain all the way the pipa's stereotypical image of vibrant strumming or ever-present rasgueado techniqes. However, it would be great if its resonant, clear and enchanting sound could be heard via the energetic rasgueado. Morever, this album would also become a ground-breaking act if the violent, fierce strumming could be used and incorporated into serenity with the graceful melodies.
Posted by Wei at 16:45