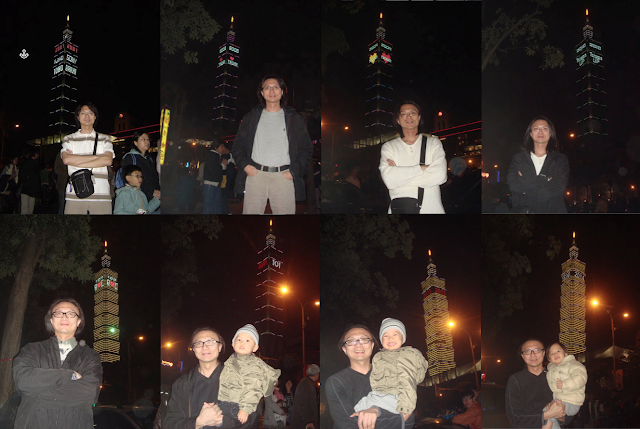 The growth of new social networking websites have definitely made Principal Wei's Weblog redundant. Since 2012, the number of entries produced each year here has dropped to only 10, because of the heavy academic workload and life chores I have to deal with.

However, I insist on maintaining the ritual of counting down to New Year at the same spot, taking a photo thereafter and then announcing it on this weblog.

Again I have to repeat that it has something to do with obsession, just as what I have explained in another entry posted several years ago on this weblog.  I must have been suffering from a mental disorder characterised by a general psychological inflexibility, a chronic preoccupation with rules, procedures, perfectionism and excessive orderliness.

As usual, in most Chinese-speaking regions, we usher in the Gregorian New Year with other revellers on streets before welcoming the Chinese one. Therefore for the eighth time in a row since the year end 2006, I went to the Taipei 101 fireworks show again last night, with my wife and my 3-year-old son, who is going to be 4 in April 2014.

Whatever happens, unless Blogger is shut down, I will keep being obsessed about taking the New Year photo and announcing it here.
Posted by Wei at 14:09