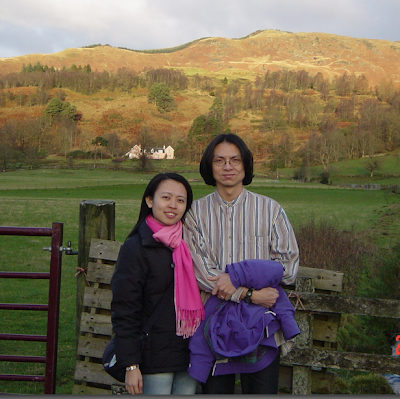 (Shot in The Trossachs, Scotland, around Christmas 2002, which is almost ten years ago when we were still young and kicking.)

Today is Fanne's 37th birthday and mine is coming a month later. Time flies; we're both getting older and older. I found this photo just before I got ready to march to the land of Nod, so I decided to write something down, reminiscing the days when we were young.

In August 2002, Fanne turned down three MBA programme admissions from three University in England and applied for another one at the University of Stirling, because I had been offered a place on the programme leading to the degree of PhD in the Department of Film and Media Studies there.

Thus we went to Scotland together. While Fanne returned to Taiwan in September 2003 after finishing her MBA study, I stayed in Scotland for another four years until we were married in the Church of Holy Rude, Stirling in summer 2007. We finally came back and settled down in Taiwan.

So it is our story. 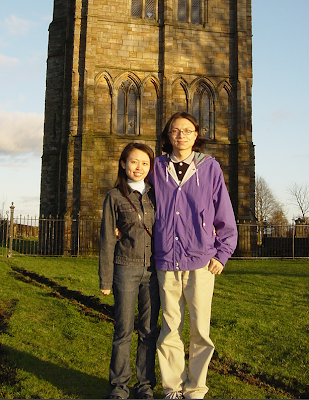