What can you make with a handkerchief? 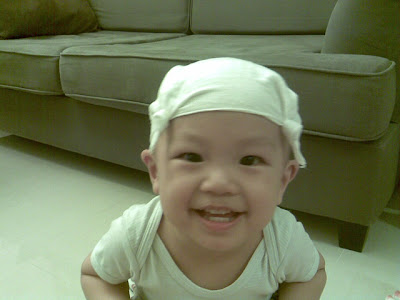 Last Monday was the national day in Taiwan, which commemorate the Wuchang Uprising on 10 October 1911, which led to the collapse of the Qing Dynasty and the establishment of the Republic of China.

As this Chinese Republic nowadays has only its sovereignty over Taiwan and is not recognised as a country by the UN, it's alawys under debate whether Taiwan is still part of China and whether ROC still exists.

I don't bother to bother join the debate any more; those issues will be settled after I die, I strongly believe. Therefore, I celebrated this day with my son by playing a with handkerchief. 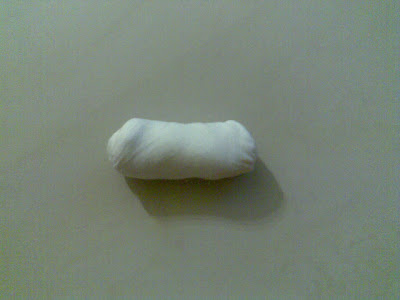 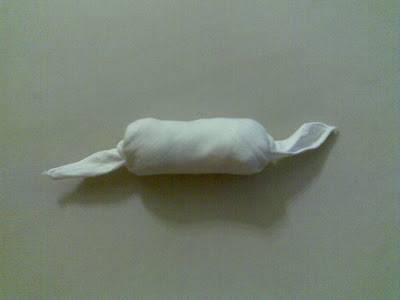 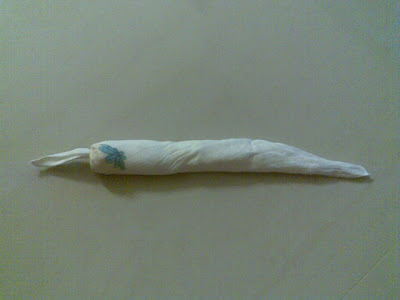 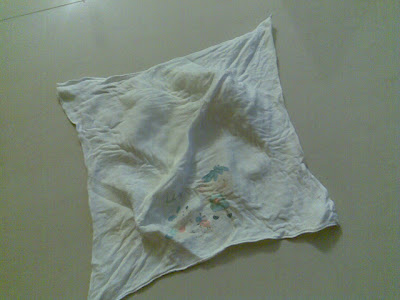 And finally back to a handkerchief, and it can also become a cap. 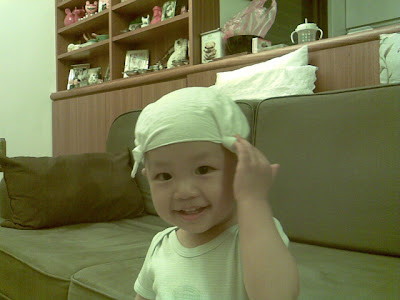