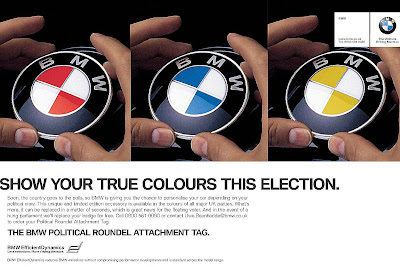 I still remember that British media outlets would usually have a break from their daily business of delivering hard news and turn to pull some hoaxes on their readers or viewers on April Fool's Day. When British people find odd news stories or nonsensical adverts, they would probably take such items as the sign of the arrival of April Fool's Day.

In comparison to Britons, Taiwanese people seems to be far less enthusiastic about April Fool's Day pranks. What's worse, some people would even take offence when receiving text message jokes.

Vibo Telecom, a 3G mobile service provider in Taiwan, sent such a text message to all its customers:

Because of poor air quality, you are advised to throw it on the floor should your mobile receive no signal or not stay connected. Just throw harder, and several times later, the mobile will resume its normal function Happy April Fool's Day!

Some of Vibo's users who have long been annoyed by poor signal reception were absolutely furious at this 'joke'. One lady almost banged her mobile on the floor before reading carefully to the last few words.

I suppose before making a joke, the administration should evaluate if the company's service is up to certain standard and therefore appropriate to joke with.

In Britain long established companies produce hoax advert in the broadsheet press to offer the general public good laughter on the 1st of April every year. For example, visit BMW Education website in the UK to see some good April Fool's ads. I don't think BMW would have such a tradition if their cars stall all the time.
Posted by Wei at 12:53