Celebrate not May Day but marriage 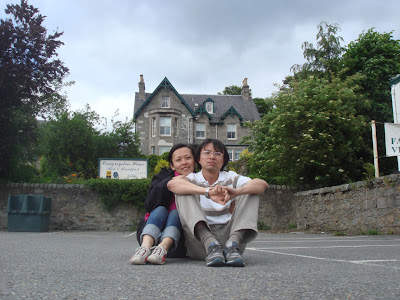 While some friends in Europe celebrate May Day, either as the mark of the real end of winter or as a traditional holiday rooted in pre-Christian pagan cultures, on the 1st of May, we observe Labour Day or International Workers' Day on the same day in Taiwan.

Strictly speaking, we don't really 'celebrate' through gatherings or engaging ourselves in lively and noisy festivities, but rather just have a day off. Moreover, only labours, including managers and high-level employees who are salary earners but excluding teachers, doctors, civil servants and those who are obviously not considered 'workers', get a paid day off. As there has not been any noticeable labour protest or organised campaign recently, labours in Taiwan, at least in my view, don't really feel up to doing anything on this occasion.

It wouldn't have been surprising at all if I had ignored the 1st of May this year, because firstly I teach at the moment as a part-time assistant professor at two universities and thus 'day off' or 'day on' doesn't really mean anything to me, and secondly teachers are not even entitled to a day off on this day. However, strangely, my wife Fanne, a mid-level product/marketing manager, a salary-earning worker, didn't realise she was about to have a day off until the end of the day on the 30th April.

In Taiwan, some employees would receive small cash rewards paid along with their monthly salary, gifts or vouchers, depending on what industry they work in, but others nothing at all. As usual, this year Fanne received some nutrition supplements, a case of long life milk and some food, all her company's products. Apart from this, but as usual as well, she was offered 10% pay rise.

If my memory serves me, I think she is given at least 10% pay rise per year. Well, I have no comment as long as she is not against contributing economically more to our marriage. But I do feel proud that I went to Scotland with a fiancée who would wait and came back in Taiwan with a wife who would support.

Pedro asked if we celebrated May Day, and I replied we didn't. But indeed, we celebrate our marriage.
Posted by Wei at 00:01

celebrating your marriage was definitely a worthy endeavor.
I have been married 34 years June 22 2008. And enjoyed celebrating my anniversary with my husband also. It was awesomely wonderful. We went to Monterey, California. IT was the most perfect day. Good for you! And happy anniversary!

Thank you happycomfort for your nice comments! Enjoy marriage and life!