More photos from my Scottish Wedding

I've just been back from the honeymoon and attended the graduation ceremony with my wife. I came to Scotland with a Fiancée and now I amd going back to Taiwan with my doctorate and a wife. I still remember that whenever I was awarded a prize or received a good ranking in my class at primay school, my mum always said to me

It is the way in which I was brought up: whatever you achieve, it's OK. However, I believe she should be proud of me now. I've got my degree, a wife and friendship and support from the congregation in my church and people in the local community. 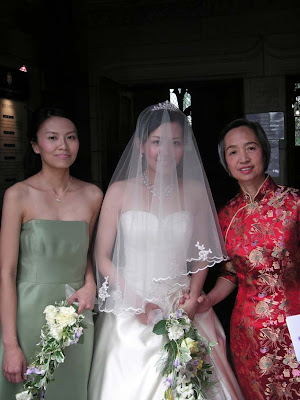 (Bridesmaid my sister Liwen, bride Fanne and her auntie Joy) 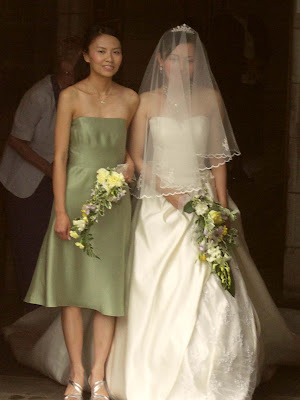 (Bridesmaid and bride before the procession) 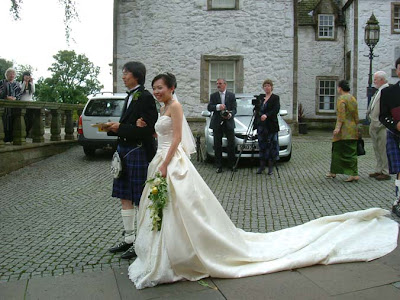 (Lo and behold, the six-foot-long train) 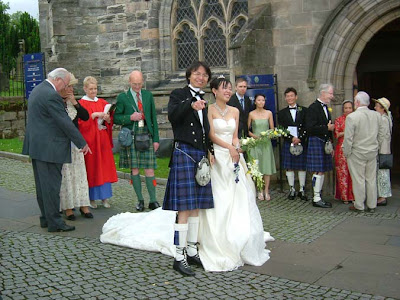 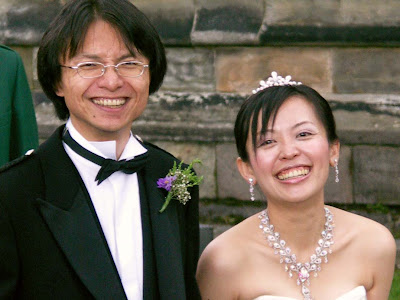 (And we just couldn't stop smiling) 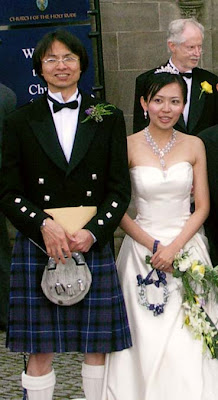 (Another photo of groom and bride) 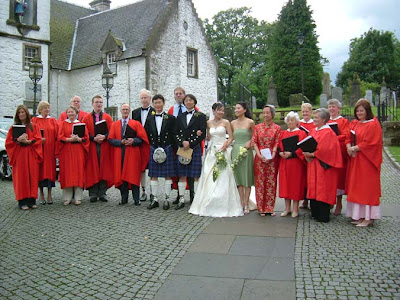 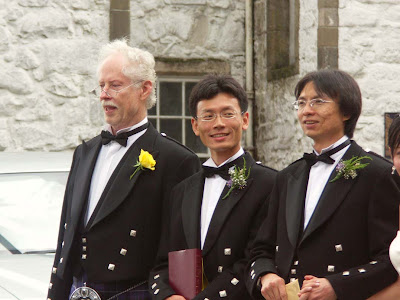 (Fanne's uncle Richard who presented her to the marriage, best man Yung-Yao and myself)
Posted by Wei at 08:22