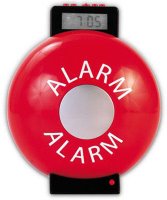 It's been over fourteen months since I left behind teeming streets and boisterous crowds in Taipei last September, and after unsleeping 50 hours crossing the Boarders, the Channel, the Continent, Near East, Middle East and Far East, with all the best wishes from friends, colleagues and people of the local community, as well as my incomplete bloody thesis, I'm back in my motherland.

When I'm in good health, I slumber when night draws on and arise when morning breaks. I suppose I'm sharp and in fine fettle at the moment as I have already regained my desire for food and can sleep well again, thanks to the amazing antidepressant. However, I didn't get a wink of sleep during the 8-hour journey on the overnight coach from Edinburgh to London, nor could I have even a catnap over the 16-hour flight from London to Taipei.

The insomniac way home is probably the most enervating travel I've ever had in recent years, yet I would say it is an unforgettable episode in the airport that made the whole journey extraordinary.

As I couldn't check-in until three hours before the departure and I just couldn't be asked to be confined within the crowded departure hall in Terminal 3 of Heathrow, I decided to hop around the four terminals. Taking the free shuttle train to slide to Terminal 4, I started my tour around London Heathrow.

After grabbing myself a cup of tea, I picked a seat on the '-1' level of the terminal building and started enjoying some peaceful time. Several sips later came the most unusual yet hilarious incident that has ever happened to me. The fire alarm started; it seemed that, according to the babbling announcement, the boiler or something caught fire. Jings, crivvens an' help ma boab (Don't know this Scottish phrase? Haven't read my previous post? Click here to get a clue)! I though Heathrow was under terrorist attack!

Although my first though is 'run', no one gave the ear-splitting fire alarm a damn. About one minute later, people started budging their bottoms reluctantly from chairs at restaurants, cafés and so on, and moving tardily towards the emergency exit. I followed them with two suitcases at my hands to the ground floor, where the check-in counters were, only to find that everything ran as usual as if the shrill and beating of the alarm hadn't ever existed. Those who were just 'evacuated' resumed their chatting happily and drinking or eating whatever they had.

Slightly confused while entertained (what a start of my journey back home!), I shifted to Terminal 2 and had a pint. I deserved it after this farcical evacuation.
Posted by Wei at 14:22