BBQ and the qilaut frame drum 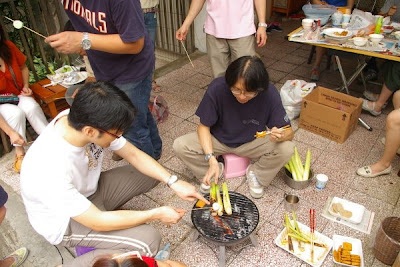 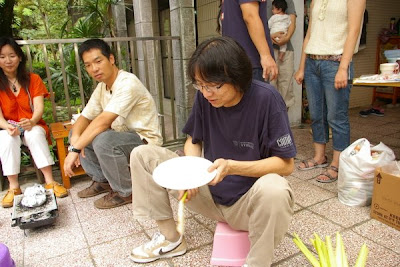 I went to a BBQ gathering organised by Botany NTU, Class of 1998. Although I am actually a member of the class of 1997, and thus was once their 'male senior schoolmate' (學長 xuezhang), a Taiwanese expression which may sound awkward and verbose in English, I am quite acquainted to some of them and would sometimes join the gang.

At one point, after roasting some succulent water bamboo stems (茭白筍 jiaobai sun, not really bamboo but a species of wild rice) for a while, in response to a conjuring sound suddenly pounding in my head, I started beating a paper plate with a water bamboo stem like an Inuit from Far North striking a frame drum.

Apart from my far-fetched association of food and a plate with an instrument, what is really worth noting is that different from the Uzbek doira, which is played with both hands almost on every bit of the drum, the Inuit qilaut is only beaten from the back by one stick on its frame instead of the skin.

Have a look at this picture to see how an Inuit drum dancer plays her instrument and you'll probably appreciate the whole scenario. 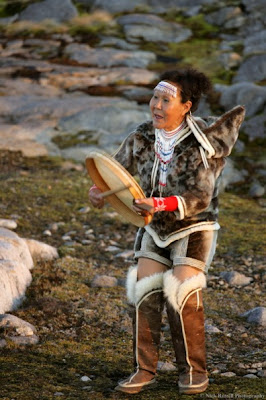 It appears that teaching World Music has already had certain impact on my life.
Posted by Wei at 14:18